In 2021 I was delighted to be awarded a Quarry Farm Fellowship, which allowed me to reside and do research at Mark Twain’s summer home in Elmira, New York. While there, I presented a lecture at the historic Park Church, which you can watch on YouTube here. 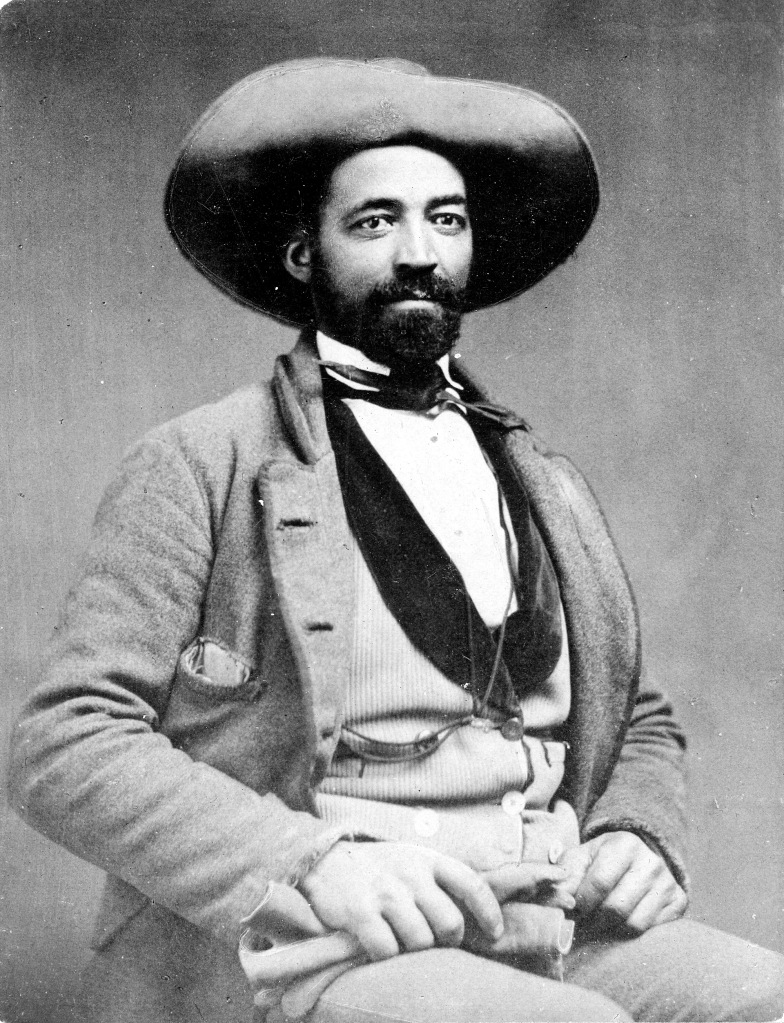 I also appeared with two great friends and mentors Dr Shirley Samuels and Dr Matt Seybold on the Center for Mark Twain’s podcast, The American Vandal. Listen in here.

Finally, read about my experiences inhabiting the former home of Twain’s sister-in-law Susan Crane in my Quarry Farm Testimonial, titled ‘A Writer’s Table.’

For more on Quarry Farm, the Center for Mark Twain Studies at Elmira College, and the Quarry Farm Fellowship, check out their website.

Twenty years ago I visited London for the first time with my family. Since then, I’ve been returning and returning to the city, now with my own children in tow. It’s my favorite city in the world, and so I was thrilled to see a call for entries to a writing contest called Love Letters to London hosted by The London Society. My 500-word entry called “City of Forking Paths” was shortlisted for the international category, and this past week I got to go to London and attend the awards presentation, where I won first prize. It was amazing to hear so many writers of all ages describing what London means to them, and I’m chuffed to bits (as the English say) to be a winner. To read more and download my entry, click here.

For the C19 (Society of Nineteenth-Century Americanists) Podcast, I wrote and produced an episode titled “Monumentalizing John W. Jones.” This episode uses a monument to unravel the story of John W. Jones, a self-emancipated Black activist, civic leader, and entrepreneur living in nineteenth-century Elmira, New York. Jones is most often remembered for the “caring” way he buried nearly 3,000 bodies of Confederate soldiers who died in a Civil War prison camp in Elmira. Jillian Spivey Caddell describes how her scholarly interest in Elmira and the life of John W. Jones (along with his connections to another famous visitor to the city, Mark Twain) led her to discover that her own ancestor was among the Confederates buried by Jones. To get a full sense of Jones’s character, Caddell interviews Talima Aaron, president of the Board of Trustees of the John W. Jones Museum; Rachel Dworkin, archivist for the Chemung County Historical Society; and Mary Wheeling, who also shares a personal connection with Jones and Elmira. The episode meditates on questions of how personal histories and scholarly interests collide and suggests ways that knowing the story of Jones can influence our teaching of C19 American literature and culture. Finally, it resituates Jones as central to conversations about Civil War memory and forms of nineteenth-century Black citizenship.

Listen to the episode here:

Glathaar, Joseph T. Soldiering in the Army of Northern Virginia: A Statistical Portrait of the Troops Who Served Under Robert E. Lee. UNC Press, 2011.

Spires, Derrick R. The Practice of Citizenship: Black Politics and Print Culture in the Early United States. U of Pennsylvania Press, 2019.

Frederick Douglass, “Oration Delivered on the Occasion of the Unveiling of the Freedmen’s Monument, April 14, 1876.”

I’ve been delighted to offer two courses this summer through the University of Cambridge’s Institute of Continuing Education–both of Louisa May Alcott’s enduring classic Little Women. For more on ICE’s upcoming courses (I’m teaching Gatsby next!), click here.

“What happens when the familiar and poignant gap of desire is cauterized by a technology that underscores our separateness? What’s left but void?”

I wrote about the BBC/Hulu adaptation of Sally Rooney’s novel Normal People for CNN Opinions.

“Connell’s look tells the story of everything he shares with Marianne. It says that wires and cables and technology may enable this form of “chatting,” but intimacy requires proximity, and no video chat will ever replicate the nearness of the real thing. It says, I know you, and I’ll see you on the other side of this when we have nothing but time.” 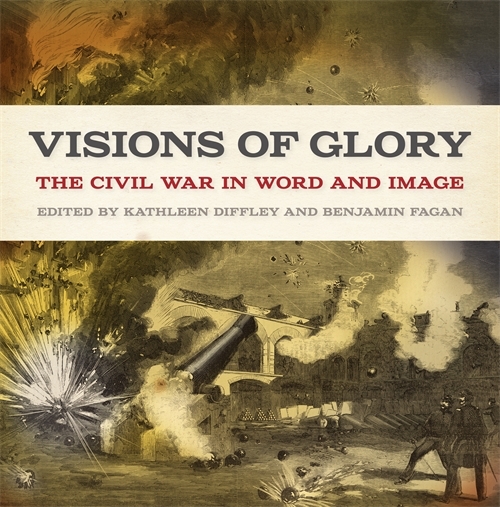 I’m delighted to have an essay in the new edited collection Visions of Glory: The Civil War in Word and Image (UGA Press, 2019). My essay is called “‘Companion to…the pending struggle’: L. Prang and Company’s War Telegram Marking Map.” Editors Kathleen Diffley and Ben Fagan have done a brilliant job of shepherding this book into the world, and it’s a thing of beauty. Read more about it here! (Amazon link)

I’ve entered the world of podcasting! The Book Light is a new podcast dedicated to illuminating classics of literature. Each episode, we take on a new text or author–analyzing their words, exploring their impact, and speaking with experts who shed new light (sorry) on famous texts. Check out our website or subscribe/download on iTunes.

Last fall, I had the pleasure of making my first podcast appearance on PhDivas, a brilliant show hosted by Liz Wayne and Xine Yao. Listen here! 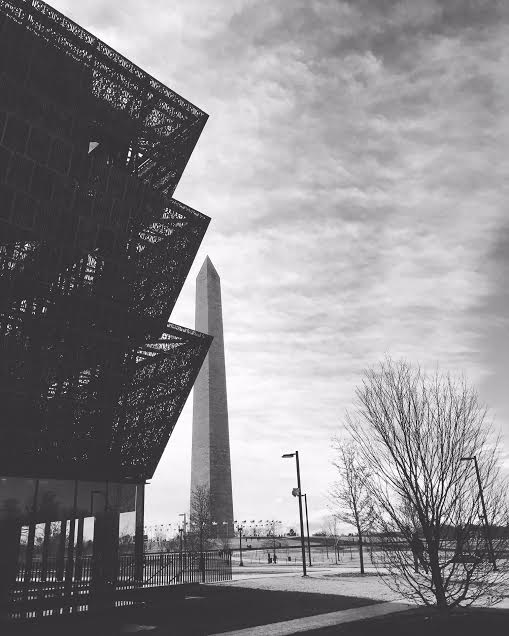 I’ve written a new commentary piece for Apollo considering the role of museums in the age of “fake news” (and in light of multiple abhorrent racist incidents that have occurred in D.C. and elsewhere). Read it here, and let me know what you think! 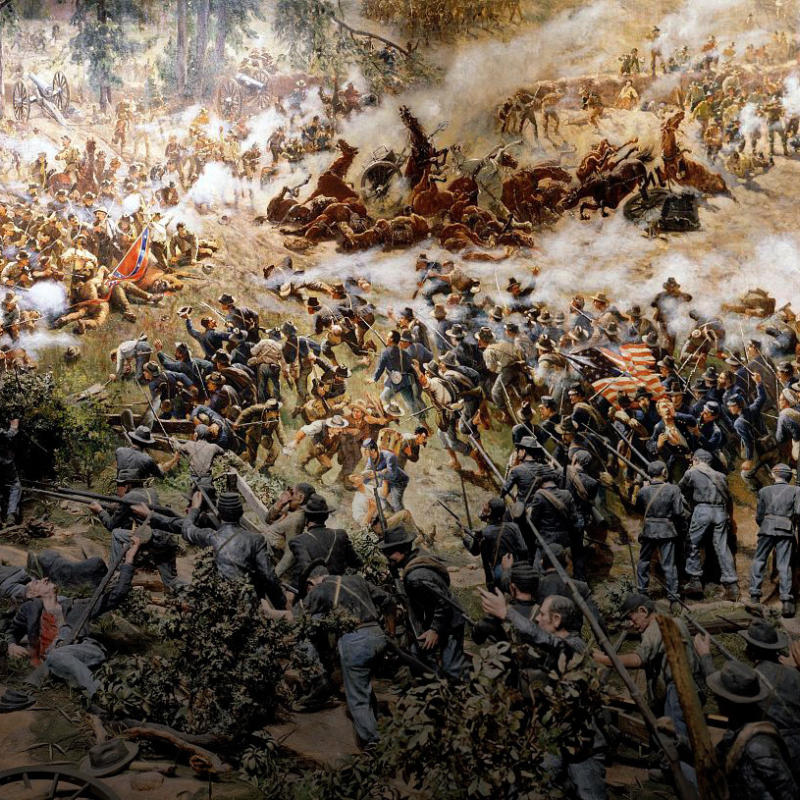 I wrote a short commentary for Apollo on the politics of preserving the 19th-century cyclorama The Battle of Atlanta. Read it here!

For more on the cyclorama, check out the website of the Atlanta History Center.